Slovak Shipyard Komárno was established in 1898. The shipyard was first used for repairing different water vessels. During the Communist-era, the shipyard was one of the biggest employer in the region, which resulted in a big progress in the town structure. Until the year 1997 the shipyard produced 1812 ships for both domestic and external market.
The shipyard is run by SAM – SHIPBUILDING AND MACHINERY since 2012. 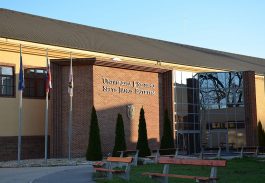