The Holy Trinity statue was first unveiled during the times of Catholicisation in the 18th century in commemoration of the Great Plague and the long-lasting series of anti-Habsburg uprisings.
Local legends tell a story about how a carriage with newlyweds and the wedding parade collapsed under the ground near the statue during an earthquake in the 1763. Since Komárno was built on one of the tectonic boundaries, earthquakes may still occur from time-to-time, but weaker than the ones in the past.

Roman Catholic Church of the Heart of Jesus in Komárom 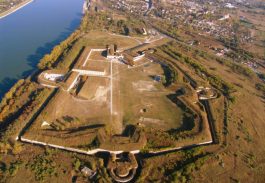